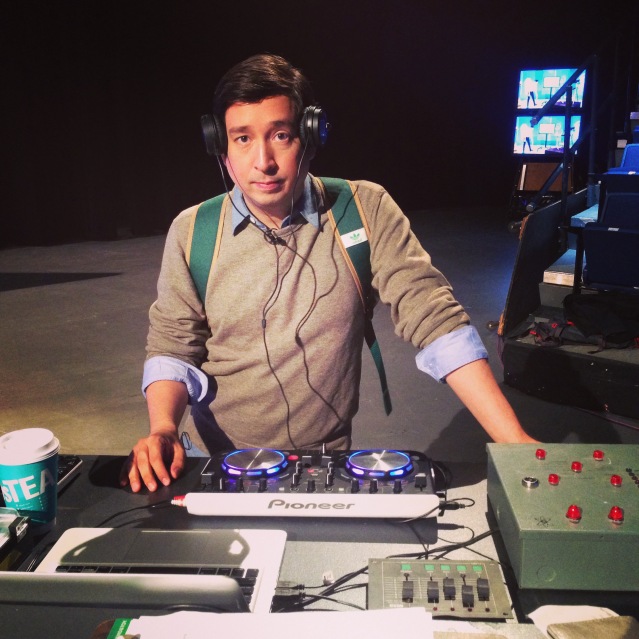 On stage Mark originated the role of Swan/Chief in the World Premier of Trey Parker’s Cannibal! The Musical. He was nominated for his first Canadian Comedy Award in 1999 for his performance in The Second City’s production of Annoyance Theatre’s Co-Ed Prison Sluts The Musical!. He was very proudly in the ensemble for the workshop production of Jason Robert Brown’s Tony Award winning Musical Parade directed by Harold Prince. That was over 20 years ago, and he still won’t shut up about it. Mark has also worked as a puppeteer for The Canadian Opera Company, and as a clown for Canadian Stage, Zero Gravity Circus, and (with a terrific amount of unsuccess and irony) at a comedy club called Clownz in Quezon City in the Philippines. Mark has performed sketch and improv comedy as a member of The Second City… on a cruise ship!

Furthermore, Mark is a dilettante lighting designer: Off Broadway On Stage (Angelwalk), Stephan Maccio In Concert (JLE), and The Second City’s 83rd Toronto Revue  If I Could #Throwback Time. One time, Mark designed the lights for Dinosaurs Unearthed! a touring animatronic dinosaur exhibit that debuted at the Detroit Science Centre. Neat, huh?

Mark is also a co-host of the We Like Theme Parks Podcast as well as Sunday Night’s Main Event on TSN Radio. When we aren’t in a pandemic, you can see Mark every Friday night as the resident DJ of Toronto’s “most popular” improv show Catch23 at Comedy Bar.

Right before all the theatres in Canada were shut down, Mark was busy working on The Second City Toronto’s 84th Revue.

Currently, Mark is splitting his time between engaging in in-depth discussions about NFTs on Clubhouse and playing Rapala Pro Fishing on the Nintendo Switch while listening to City Pop or Golden Era Hip Hop on vinyl. Don’t believe me? Go look at his Twitch Channel …or find him on Clubhouse.